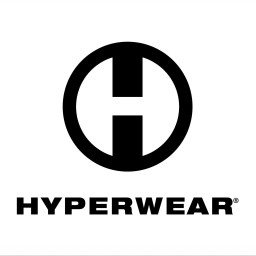 What is Hyrox? Hyrox is the latest, and hottest, international, functional fitness competition to land on U.S. shores.

Hyrox started back in 2018 in Germany, kicking off in Hamburg. Other German host cities include: Nuremberg, Hanover, Stuttgart and Hamburg.

Now the success of the self-described, “world series of fitness”, is growing in the United States.

Some compare the event to a mashup of obstacle course racing (think Tough Mudder) and functional fitness.

Thanks to broadening the scope of competition, Hyrox has wasted no time gaining popularity. The competition is open to virtually any age group.

Another part of its growing popularity owes to Hyrox’s clever idea to position itself as the functional fitness competition of the winter season. This decision immediately distinguished it from other competitions.

Last year, the competition held a couple of U.S. events to test the market on the other side of the pond. In 2019, Miami (October) and New York City (December) held the first U.S. events.

To kickoff the 2020 season, Chicago held the first event in the States on January 25th. What is Hyrox Doing (in the United States)?

What Hyrox is doing is pretty cool. They have thrown the doors wide open on age groups for entrants, spurring its rapid growth.

Anyone age 16 and above can compete. From the age of 25 upwards, divisions are split up in 4 year increments, all the way up to age 70 plus.  Men and women compete in separate divisions.

The competition embraces differing fitness levels, as athletes from beginner to advanced can compete in teams. In the end, individual times are added up.

The competition itself consists of up to 3,000 participants (singles and doubles), competing in an indoor arena.

The events begins with a 1 km run, and follows up with a functional workout. (Here’s an example of some of potential, included movements.) This process is repeated 8 times.

In total, you complete an 8 k run and 8 workouts.

The competition works similarly to a marathon or triathlon. Participants compete across a variety of divisions/age groups.

They finish and are ultimately timed on the same course of endurance challenges, high intensity interval challenges and functional strength training.

Teams can advance through geographic districts and work their way up to the championship.

The Hyrox World Championship culminates each season in Berlin, where it will be held in 2020 on April 4th.

So, if we’ve held your attention this long, you must be asking, “Can I do Hyrox?”

Of Course You Can Do Hyrox!

Let’s be honest. CrossFit competitions and the like, can be downright intimidating for some people, especially those at lower fitness levels.

Hyrox is changing this, by welcoming divergent levels of fitness. According to Hyrox, ideal participants can be anyone who loves to run, to those who play a sport, belong to a gym or fitness club, or are even a member of a freeletics group.

As Hyrox itself states, “Everyone who goes for regular runs and integrates strength exercises into their workouts is fit enough for Hyrox.”

Hyrox events don’t last too long either. Of course, the event’s duration depends on your fitness level. In 2018, the average finishing time was 1.5 hours.

The next important question would be, “where can I do Hyrox?”

The 2020 season of Hyrox is holding upcoming events February 22nd in Dallas and March 28th in Los Angeles.

Lastly, you might be asking another, not so cheery question.

In other words, “will there be burpees?” See below.

Where to Learn More about Hyrox

Hyrox puts a lot of info out there, despite being a relatively new kid on the block on the fitness competition circuit

In addition, the competition also benefits from a good amount of earned media as well.

We found a number of resources, in a variety of formats, for your consumption pleasure.

These resources only skim the surface of what’s out there. You can always start by checking out their website and/or Facebook page which are linked to above.

Or, if you are a podcast fan you will probably enjoy this offering from ObstacleRacingMedia.com. They speak with Hyrox Founder Christian Toetzke and Global Race Director Mintra Mattison.

Toetzke and Mattison talk for 50 minutes about the uniqueness of Hyrox, and what it offers the fitness world.

Finally, if video is your thing, you’re going to like this short film that follows the journey to the first Hyrox world championship in Oberhausen.

What’s Up Next- the Workout

We’ll be following the upcoming events and adding news, and coverage here as the season progresses.

So we’re also going to be working on putting together a Hyrox inspired workout for those of you who are interested. Keep an eye out for that in the coming weeks.

We’d love to hear from anyone of you that have experienced Hyrox. Please be sure to share your thoughts and experiences with us in the comments below.

Whether you’ve got tips, opinions, or pictures, we want to know.

In the meantime, here’s to having a great day and staying awesome. Keep training hard with consistency, so you can reach those goals.

Thank you for reading everyone, catch you on the flip side.